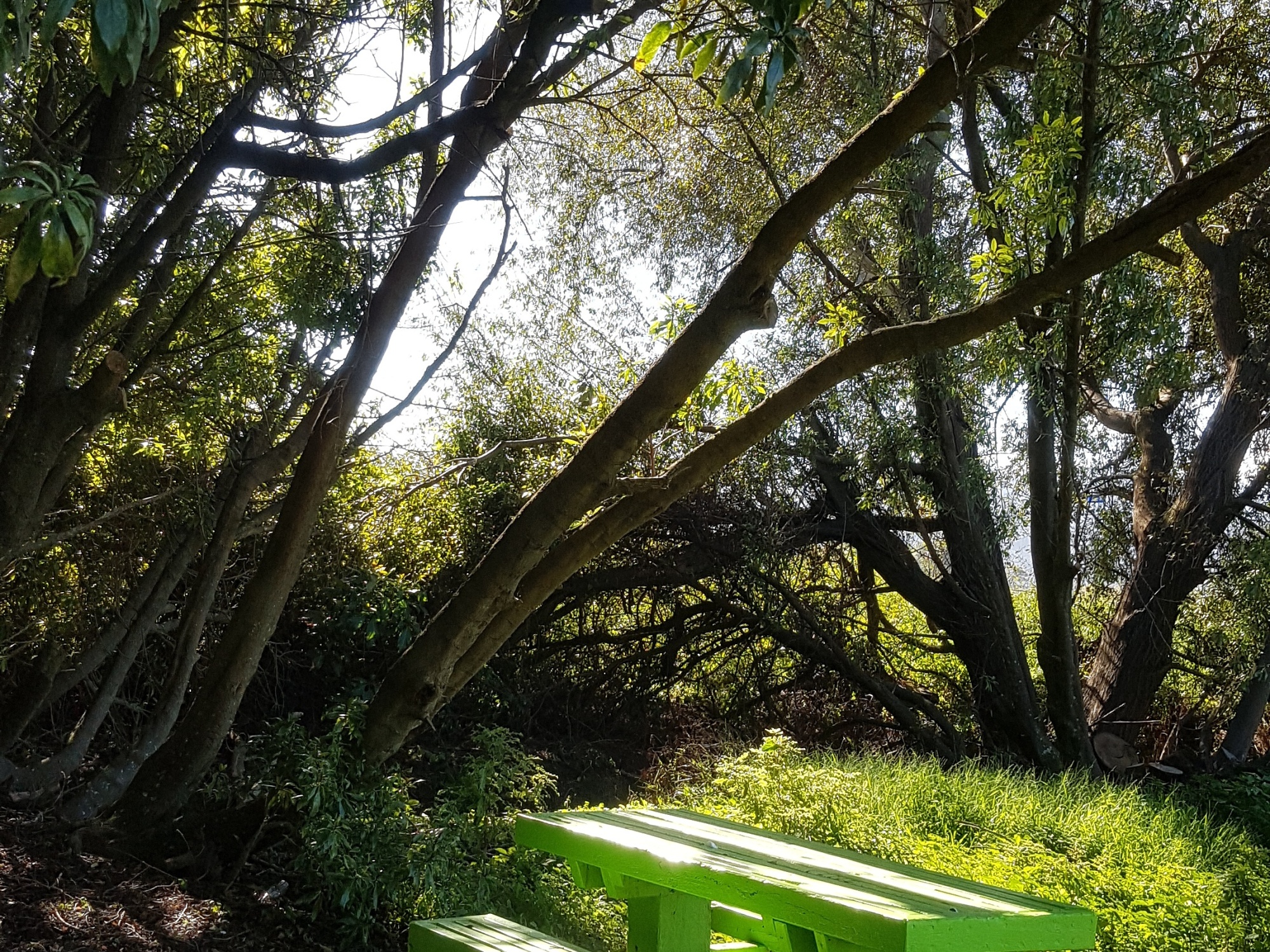 NOTE: This conversation is by no means to encourage smoking marijuana. I don’t smoke nor do I drink alcohol. My opinion is only to discuss the legality of growing, possessing and smoking marijuana in New Zealand, not a lecture on how to live your life.

Today I want to talk about how our government is inconsistent with making policies against certain substances and lenient with others. That it’s money which impedes our leadership and in reality, the most important thing is and always will be people health. Mentally, physically, emotionally and spiritually. That the only way we will be able to grow properly is by realising that loving people is the only thing that matters. If you are convinced stop reading here… Otherwise I have set up a conversation below.

Ever notice how the word legalise now days seems to be fused together with marijuana? It goes to show how long this argument has been going on for and the sorts of social affairs we as a society are currently discussing. But what is the end goal and how do we reach freedom? To reach a point where we have absolute power over our lives, to be allowed to smoke whatever we want. The clear message is that people are becoming more aware of rules that make no sense, we are becoming more aligned with the powers that exist and are taught democracy is supposed to be about people power. So when we take it to the man we aim to get down to the gritty stuff because the new generation has been brought up being told they should question the status quo.

People are empowered in modern society to be loud, they are encouraged to make their own decisions. When there is bullshit being told to the masses, us younger generation are more inclined to speak out about it. To tell our leaders when something doesn’t make sense and challenge the powers that be to make sure their reasoning is well informed and not influenced by money and not ethics. So today’s discussion, while it’s titled legalising marijuana, is more about how times have changed and that we should look at it from an alternative perspective which reflects 2017. There are many opinions both leftist and rightist but I think what matters is discussing how we can all take something new out of it.

I’m a teenager, I’ve smoked the green stuff before. Do I regret it? Never. It is a good experience. It’s like eating Turkish food for the first time, like biking without a helmet on, swimming way out into the ocean by yourself or starting a giant bonfire. Experience defines opinions and future decision making. What I’m eluding to is realising that you can’t make an informed opinion about something if you haven’t done it and don’t understand the benefits and consequences of those actions.

Weed is numbing and fun when around the right people. As is understood, there are two primary species of cannabis leaf, the first is Sativa and the second is Indica. Sativa energises and motivates while Indica mellows and relaxes. The effects are hardly different from sleeping pills and anti-depressants. The only difference we are told is that cannabis has long term effects in high usages such as hallucinations and in extreme cases can lead to psychosis. To be honest it’s seriously just a case of not overusing the bloody stuff. Like if you ate chocolate three times a day every day, asides from Sunday when you chopped up another couple for lunch, then you’re probably going to go into a sugar coma or worse create health problems like diabetes. It’s about being smart and realising that balance or only using in the rarest occasion is the way to go, it is still a drug at the end of the day and should be treated with an equal seriousness as alcohol. Not being high whilst driving, not operating machinery and not using around children or schools. The biggest difference is actually knowing in yourself that you don’t need them in the first place.

Existing in a world where teenagers binge drink and crash cars versus stoners who fall asleep on the couch. Weigh up which drug is worse. Coming up with excuses to cause fights in town by blaming alcohol instead of owning up to your own problems. Like a chemical reaction, the catalyst (or alcohol) isn’t the reason that the reaction occurred because it only speeds up the reaction. The real problem is the two things which collided, emotions and personal circumstances like being cheated on etc. Taking ownership for situations we get ourselves into while drinking should be legalised. Not a plant that grows the same way a mint plant or a basil plant or a coriander grows up, naturally.

If the New Zealand government is going to have laws in place which prevent the production, possession and usage of marijuana. Then it needs to be consistent in creating legislations that consider all drugs including alcohol. That if alcohol is legal then why is marijuana not also? Or even better, if marijuana is illegal then why is alcohol not also illegal? Alcohol is involved in approximately one-third of all police apprehensions and family violence cases in New Zealand. Why is it that during 2015, 50% of all serious violence cases involve alcohol?

One of the main reasons New Zealand has so many social problems due to the consumption of alcohol is because it is legal and readily available to anyone over the age of 18. It makes me question why our legal system provides the alcohol and beverage industry with such leniency regarding consumption when the evidence is overwhelming that New Zealand’s drinking culture is unable to look after itself let alone drive itself home after going to the pub. So my resolve is quite simple really, why do couch bound stoners face illegalities while binge drinking teenagers are allowed to ruin parties and drunk abusive adults can cause domestics.

Money, money, money. Ever noticed how health and safety standards have increased in the last ten years? How construction workers are forced to wear more safety gear, heftier fines are applied to organisations who fail to enforce operational safety checks more stringently. How architects are forced to build ramps on a certain angle to ensure disabled people are easily able to wheel themselves to the top? That steps have to be designed at a certain rise and run?

Offences such as driving under the influence have become far more punishable and the consequences have become much more serious. The reasoning behind that is because when things go wrong, like when a worker comes to work stoned out of their brains and gets behind the wheel of a forklift carrying 2 tonnes of wine. If they knock into a shelf of wine and break $20,000 worth of product a business will want to claim on insurance because they will still want to make money. Happy to pay the excess price to recover the money in which their worker lost for them. Insurance companies investigate and look to find reasons why the wine was spilt. The investigation is based on health and safety standards.

My theory is that across the year’s insurance companies have investigated accident claims and have tried to find people to blame for causing it. Each time they find a case where there is no validation that a person could be held accountable for something happening I reckon the insurance company would go away and think of reasons to screw people over. They would probably spend weeks coming up with a way to create rules which prevent certain mistakes from occurring.

And they must… My theory is that these massive insurance companies must hire lawyers who are good at finding loopholes in our legal system to force The New Zealand Occupational Safety and Health commission (OSH) to tighten their rules and make it so that people are more closely monitored. That money and business are to blame for our government coming to heads about legalising marijuana because they know a five-year-old could make the comparison and wonder why alcohol is legal and weed isn’t. That alcohol is the leading cause of family violence in our country, that thousands of kiwis have died on our roads in the last few years from driving drunk. It doesn’t take a stubborn nineteen-year-old blogger named Mana to see that it’s a shit system.

It’s really sad that the little guy gets shit on because these big money corporations get greedy and want to save money by not paying people out when they make mistakes, no wonder people are getting off their chops. In the world where everything affects everything. Ethical morality matters more than financial security and profit margins. Socio-economics matter more than money, power and greed. People matter more than money. By addressing the needs of the people acknowledges that as a government you’re prioritising people health (mental, social, physical) and not specifically aiming for economic development.

In the case of legalising green stuff, it’s a classic example how our legal system is flawed beyond belief and pays homage to shitty leadership and a lot of social issues left unresolved. That cabinet would rather ignore the entire saga because it won’t give them seats in parliament. So instead we have kids growing up believing that marijuana is an unnatural chemical, alcohol makes uncle very grumpy, and that social media is our friend and that the black mirror of our cell phones is actually never going to affect us.

So let’s then talk about how social media may be evidence of another outlet for our next generation to be focusing in on. The redistribution of social problems such as stress, anxiety, and just a general expectation that it might make them feel better about life by searching for that dopamine kick. Because there is evidence to suggest that getting a notification on Facebook or a text message on our smartphones releases a chemical called dopamine. Which is the same stuff lance Armstrong used to win seven Tour De France races and is the same kick we get from drinking alcohol or smoking illegal marijuana.

I would argue that our addiction to social media is indeed a reflection of a change in time. That perhaps in ten years there will be new youth advocates arguing for the illegalization of prolonged social media usage. That OSH may put a meter on the number of hours we spend scrolling down our Facebook feed, that our employers must have a panel which, when arriving into our workplace, tells our employer how many hours we had spent surfing social media in our evening. So that when a worker crashes into a shelf full of wine, and due to inflation, destroys $49,000,000 worth of product and a business claims insurance. The insurance company undergoes an investigation. It is found that while the worker was not drunk, while they were not under the influence. Unfortunately, they were sleep deprived because they were three social media usage hours above the legal limit to operate heavy machinery.

When the older generations claim that our kids are soo bubble wrapped and protected from everything, this might be the reason why. But ask yourself what our kids are actually being protected from. Ask yourself what they’re being exposed too. Because these sorts of inconsistencies while they might be extreme they do reflect that our legal system, while it seems logical and well thought out. Why are we still arguing about the legality of a Mint plant looking sleep inducer when we should be outlawing the consumption of alcohol entirely and encourage social development by actually developing socially.

The truth is our government can love us, we are just fed bullshit to make the legislation look spotless, who said marketing was the only moral-less industry. We just need good leaders who are clear about things and are themselves informed.