Though today’s conversation is aimed at discussing how propaganda is still alive and well in today’s economy, I would like to emphasise the significance of lives of those lost. That ANZAC day is important because it serves to commemorate the lives of those who passed away and not a day to blame people or a system for encouraging enlistment. It is important to remember the characteristics that these people had. They all have families and they all deserve to be treated with respect outside of the fact. During the first world war when battalions of our soldiers were encouraged to head overseas to war our country wasn’t informed about the graveness of war and weren’t given the same indication as we would receive today. I’ve learnt that it wasn’t until after the war when our people came home when there was radio silence about the experiences our soldiers had.

When dad’s, brothers and grandfathers didn’t come home from war did they feel the real impacts of war? When people realised that the army intercepted letters and moderated explicit wordings where the men would explain how grave war was because it conflicted with our militaries interests to recruit reinforcements over the years of war. That our leaders wanted to train new soldiers to send overseas because numbers won wars and numbers showed our support for other beneficiaries such as trading with allied countries, it gave our allies reasons to support us in future conflicts. That it seemed easier to cut out the words of soldiers to their loved ones to prevent them from discouraging enlistment.

It was reported that before World War Two, prior to the Gallipoli landings, that many people refused to go to war and were branded as “objectors” who were simply people who dissented from participating in another man’s war. Men who declared themselves not willing to enlist as a part of the ANZAC were arrested in their own homes. In one particular case that they made a series on TVNZ called The Field Punishment. A documentary series on the second world war making accounts of when 14 of the staunchest “objectors” were persecuted and imprisoned in Trentham Army Camp where they would later be sent overseas to set an example of what happens to people when they dissent to enlisting or decide to pull out.

It does set an example but only as evidence that our governing body at the time would do everything within their power to slip between the lines of political interest and the trenches of our soldiers on the battlefield. That at the time our government wanted to acquire more monopoly over the world stage than valuing the lives of brave people who didn’t want to have to demoralise themselves by killing other people in vein.

Isn’t it great that we don’t have to deal with that sort of propaganda today though? That we are much more able to what we wish because we have the technology to allow that. We are much tougher on our governments to produce good legislation and make wiser decisions regarding the involvement of our people in matters of warfare. We say we couldn’t imagine the confliction of war because we re better equipped with our personal rights and less easily led on. That much is true… 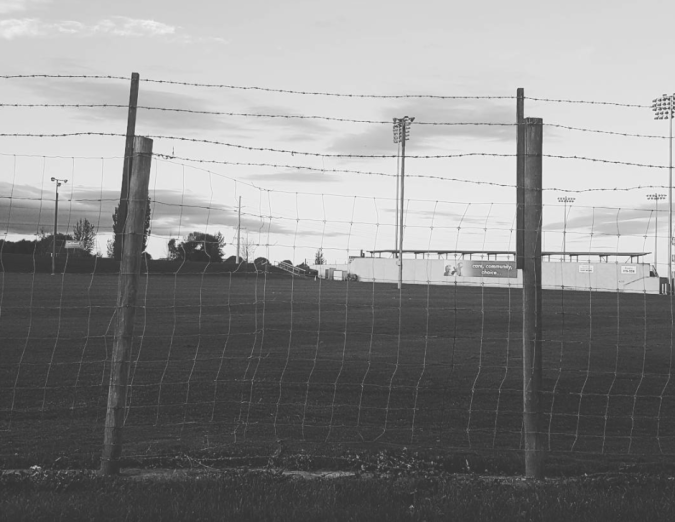 But are we actually free from propaganda?

In my respectful opinion, the marketing and advertising of material things are today’s equivalent to wartime propaganda. We are made to believe that we need new clothes all 25 seasons a year, we are made to believe that having a fancy house is the destination of success and happiness. We are told that using certain chemical pills will increase our health and fitness.

When in reality clothes should last for at least a year without breaking, most people cannot afford a fancy house and should never need to because they should be giving their money to families who are struggling to pay rent and then settle for a more modest home that they can actually call home. When the only chemical we need can be found in organic foods such as fruit and vegetables. If we actually need protein then we should eat meat instead of being lazy and finding unnatural alternatives.

Morally, we already know this stuff. The problem is that there is advertising on our social media sites and on our televisions. While ad-blocker might work there it doesn’t prevent that advertising is in our supermarkets, on giant billboards slapped against bus stops and even on the sides of student accommodation complexes.

We’re made to believe that eating certain foods, wearing branded clothing and buying the latest smartphone will eventually make us happy. That we will get access to “freedom.” That only by getting all this stuff, we might make it to this imaginary place. It’s like telling a child that if they spend a few bucks on a postcard to Santa it might actually make it to The North Pole and that their wildest dream might to some capacity come true.

No different to the propaganda used to encourage unknowing 18-year-old boys back in World War One to enlist into the ANZAC campaign. That it would help their country reach a state of “freedom” and that it needed to be done to prevent the war from reaching the shores of New Zealand.

When to be honest it only comes down to a few war mongering dick heads making a whole lot of uni-modal decisions to stamp their weight on the world out of greed, power and wealth. That war at the end of the day is a huge waste of human life and a massive unnecessary burden on the lives of people.

Advertising is modern propaganda aligned with a similar ideology that purchasing good will bring us happiness. The key differences are that it concerns big money businesses and not primarily our government. Secondly, it concerns individual freedom and not national freedom. It’s a case of feeling free as an individual versus feeling free as a nation or a people. Liberation from the opinions of others based on the belief assumption that the clothes I’ve purchased are expensive, branded and aesthetically appealing therefore I am immune from the judgment of others which subsequently gives me the freedom to do as I wish. Versus liberation for my country because if I enlist it may improve our chances of taking the beaches of Gallipoli and subsequently our allied forces might be able to disable the Turkish forces from aiding our countries “enemies” and therefore we may have a better chance at winning “our” war. Which means that we will be able to achieve a state of “freedom.”

Some people treat objects as leverage to feel better about themselves with money as their resource. We are to wear certain clothes, to drive certain cars when in reality we are just as functional in the clothes we wear and don’t need a $120,000 Tesla electric car because lets face it you only want it because they look amazing and you think it’ll make you a better person and not because of the functional benefits.

At the end of the day.

As stated at the beginning of this chat I made it very clear that this chat is not to blame anyone in particular for the deaths of these individuals but instead use the occasion to reawaken the exposure of false beliefs.

At the end of the day, freedoms lie within the growth of individuality. That we construct our personalities uninfluenced by assumptions of false freedoms and know the difference between our own battles and another person’s war. That we are unmodulated in what messages we send to ourselves and others.

Something this generation is good at is questioning the resolve of our governing body. We have the technology to inform us from multiple lenses and therefore we have a healthy scepticism for things we are told.

One of my main concerns and you’ll find it through most of my blogs is about marketing and the lack of individuality. That so often I see clever marketing skills that have been driven from an age of professionalised creativity which tricks our vulnerable generation into buying shit they don’t need. That our kids are adversely effected by the condemning nature of false beliefs and assumptions that they can only be happy if they buy stuff.

My point today is that we should be aware of these big money corporations who claim to act in the interests of our people but are only interested in making lots of money and aren’t even remotely interested in providing value to their customers. Like making clothes that don’t last, smartphones with battery life expectancies.

We need to priorities our social development by ensuring that our beliefs are built well on facts and are informed by people uncorrupted with power or giving into marketing strategies that give us no value and make us build assumptions that cost us individuality.

Ultimately, ANZAC Day is a time to commemorate those poor soldiers who passed away in war. They had lives, they had families and within those relationships had very meaningful memories. They were still human. Lest we forget the lessons of ANZAC Day so that we don’t repeat it under similar circumstances in the future.

End.
Thanks for checking in.