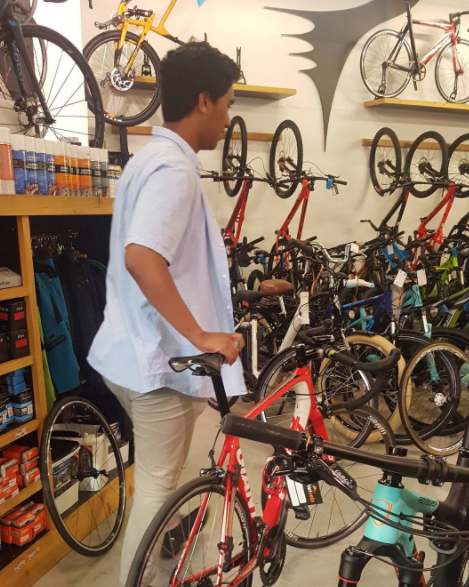 Today’s chat comes from the view of a cyclist who uses New Zealand’s roads to get from A to B. We’ll cover the basic principles of riding solo versus riding in a group and we’ll also discuss the difference of opinions in the eyes of motorists who infrequently respect the safety of those on skinny two wheels.

Us not a case of not existing, as much as motorists would like to believe. Road cyclists have the goal of improving their fitness and general health. Some people are battling cancer while others are training to raise funds for cancer. Others are getting the milk and some are just exploring. But ask yourself what you’re doing and is it worth risking the life of a person by swerving in front of them travelling downhill at 60km per hour.

The general consensus is that cyclists are Lyra wearing road hazards sipping coffee and riding four a breast. But it’s simply not true. They are human beings fighting the elements going nowhere quickly minding their own business. The main argument is road safety and while I don’t condone riders going four a breast whatsoever, they generally represent ten percent of the cycling community while the rest are riding between places by themselves being yelled at for no reason but they’re holding up traffic.

It doesn’t take much to wait until the road is clear, a cyclist should move to the side of the road when safe to do so. I always do! It’s just common courtesy, I’ll shift across the road so you can pass by me and in return I expect plenty of leg room, no honking of any horns and respect for my safety.

The second rant is this argument of Lyra in and around coffee shops. It’s not a.relevant argument. It helps tremendously, and when you’re pushing a headwind which we have all done once in our lifetime, every little helps so grow up and if you don’t like man was don’t bloody look.

New Zealand has particularly shitty roads due to poor infrastructure and lack of resourcing to do so. For a cyclist on one inch wide wheels it’s considerably more dangerous to ride using the burns of the road when there is grit, potholes and parked cars. Sodomy get shitty if we remain front and center. Give us some space, it’s just common courtesy, being nice is free.

Wellington in particular is a busy city, we get it so there’s no need to be pushy. As the population rises due to increases in migrants to the country, more people will be buying in the outer suburbs which means more pressure on public transport and more importantly, more road users. As the population goes up the roads get busier. While everyone is frustrated about times to get around it’s important to remember that everyone’s pissed off. That’s just common courtesy, again it’s free.

So whether your rant is about road hogging, coffee shopping or if you’re just an impatient piece of shit. Grow up and recognise that people die on NZ roads. Be courteous and other will repay it in full. Today’s little rant is in #reflection of some guy who came a thumb width from sweeping my front wheel from under me. It’s just not good enough.

That’s my little rant for today.