Don’t worry about passing with the highest mark. Don’t worry about finishing first. Too often people set records all in the meanwhile forgetting that records are breakable. Don’t concern yourself with the expectations of people who don’t care about you. Don’t value the opinions of critics. Just make sure you put in the effort and that you are actively trying because nobody can take that away from you.

The morning of the last day of my bike ride my mum knocked on my motel door. Beyond all the drama of not supporting the bike ride and refusing to finance any part of it, mum finally gave up. She bought flight tickets up to Auckland city, jumped into a car and drove a few hours north to be there for me in the end.

A quiet knock on the sliding motel door, just before 6am, was about as reassuring as my friend saying a prayer for my safe return the day before it all began. It was a reminder that I was never alone on my journey seven-day bike ride from side to side of the North Island of New Zealand, by myself with the help of a support vehicle.

The primary concern was my safety. Was I going to have warm enough clothes, were those clothes reflective enough for drivers to pick up on, did my cellphone have enough battery power to call for help for when I was stuck out in the middle of nowhere.

These were the concerns of my Mum, whether or not I would make it back safely. So for her to come out on the last day to see me off was living evidence that if you truly believe in what you stand for, even the most stubborn members of your family will make an effort to believe in it too.

After a quick catch up and an awesome breakfast, It was back out onto the road with all intents and purposes transfixed on finishing the bike tour. The chirps and creeping blue skies murmured the morning into a day. I Was so focused on finishing that my body couldn’t stop pumping.

The first two hours of the last day went by with speed. I’d made up a brutal 50km in the shortest time imaginable. With no stoppage until a little town called Kawakawa. It was here that my family and my support cars would meet for a quiche and a cup of tea.

Sitting down with my family and support crew standing around I realized I was exactly 100km’s away from the finishing line. A 1100km journey through every type of terrain in the middle of the coldest part of New Zealand’s winter.

Taking some time for myself, I quickly posted on Facebook letting my network know that I was coming down to the line and to give me heaps of support. In the last section of the last day was the biggest hill pass of the entire journey, the Maungamuka’s. A 450m hill climb and about 5 kilometers of uphill struggling.

I began the climb with no hope of seeing the end. In my head, I kept reflecting on how much I loved cycling. For me it was now unbecoming, it was no longer about numbers, or about the number of meters left to be vertically ascended but it was now about having fun whilst struggling in my boots.

There were three cars following me up the climb the whole way. My support car was behind me with sirens and traffic lights at full beam. In front of me was my biological grandparents, stopping every few hundred meters just to check and see if I was doing okay.

Beyond that was a beautiful craggy range. With all kinds of amazing trees, shrubbery, wildlife, and geographies. It was truly beautiful and it almost took me away from the fact that I was well and truly in the middle of exercising.

But it took me some time to realize but by this stage, with less than 30km to go, I could smell the finish line. It was well within my sights. There was nothing going to come between me and my goal of finishing. Not my legs, nor my mindset.

Not my balance on the bike or my bikes balance on the road. Not a car drove badly, or a driver badly driven. The goal had already been achieved because I’d put in the hard yards. I had delivered on my promise to overcome my challenge.

Dancing on those pedals to the top of that mountain pass was about the most satisfying thing I’ve ever done. My grandfather yelled from his car “400 meters to go Mana!” And from that point on I would be in full sprinting mode, stopping for nothing not even to breathe.

Once I reached the top there would be a group of people waiting for me. Family, support crew, and friends. Everybody was quiet. With a grin on my face, I stood proudly in that moment because I proved to myself that I could overcome incredible challenges. It was like jumping from a high diving board and realizing that the biggest thing stopping me was the anticipation walking up the stairs.

As I rode down the mountain pass and into the final town a few tears puddled into my sunglasses. There was a moment there when I realized how much of a difference I had made for so many young people. It took me a while to fathom how much of a change I had made.

My sister posted a Facebook video live streaming the final bend into the town and it was then where I realized it was all over. Coming back to the surface again. Taking those last few pedal strokes to come to a standstill. People cheering, cars tooting, heartbeats pacing. It was done, what needed to be achieved was achieved and the challenge that was set months earlier had been overcome.

Do you know why all this is so special? It’s because I’m not any different from you. This bike ride was remarkable not only for the difference it made for the lives of others but because it was possible in the first place.

The point in this series is to show you that from coming from nowhere. Not having a name for myself or a rich family or a high-performance background I was simply able to plan something and make it happen.

I was able to decide that I wanted to accomplish something, prepare for that to happen physically, prioritize it and back myself, train for the mental struggle, raise awareness for and deliver on my promises and ultimately inspire others to follow suit.

The most important thing is that I tried. It was amazing that in the end I was able to celebrate the success of it but ultimately it was sitting in that petrol station toilet, thinking about giving up. Checking my cell phone and realizing that I was not alone in this. That when I say “I was doing A bike ride” it was really that “we were doing a bike ride.”  My whole community was doing a bike ride.

All the behind the scenes networking. Discussions behind closed doors about making a difference. These were the ink on the paper, the glue to the mesh. This was what made the plan stick. It was the community spirit that bonded together a crazy to plan to do something, and the momentum of the world to deliver.

The thing that makes it most special of all is that I am just another brown face on another set of wheels and I am no more special than you are. This is your planet to do what you want to do. If you really want to overcome your challenges. If you really truly want to achieve your goals, do it.

I would like to thank my little sister for helping plan this series. I would also like to thank all those who were amazing enough to be apart of the bike ride itself. Without you guys, this sort of reflecting would never have been possible. Thank you. 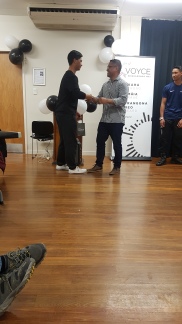 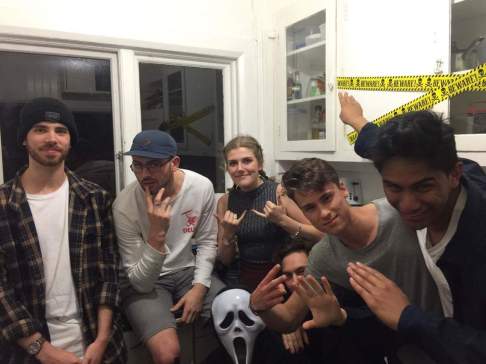